If You Have Been Diagnosed With Cancer After Taking Zantac, Contact Us Today

Zantac (ranitidine) has been linked to cancer.  Lawsuits against Zantac manufacturers allege the drug contains a cancer-causing chemical called N-Nitrosodimethylamine (NDMA).
Brent Adams and Associates is helping people throughout North Carolina in personal injury and wrongful death Zantac lawsuits.
We work aggressively work to hold the drug makers accountable for allegedly concealing the Zantac cancer link and putting profits before people.
Zantac is a very popular anti-acid medication that has been on the market since the early 1980s.  Zantac is an over the counter drug and is also given by prescription.  Consumers commonly use Zantac for acid reflux, heartburn and a host of other stomach, throat and gastrointestinal issues.
Some people use Zantac for allergies to supplement their treatment programs.
Since the 1980s numerous studies had demonstrated a link between NDMA in Zantac and cancer.  Mounting evidence also allegedly shows that SANOFI and BOEHRINGER INGELHEIM, the big pharmaceutical companies that manufacture Zantac (ranitidine Hydrochloride), concealed the Zantac cancer link from millions of people who took the drug for heartburn, gastric and duodenal ulcers, gastroesophageal reflux disease (GERD), sour stomach, Barrett's esophagus, acid reflux, and other issues.

On April 1, 2020, the US Food and Drug Administration announced that it is requesting manufacturers to withdraw all Zantac and generic Zantac OTC ranitidine drugs from the market effective immediately.  The FDA determined that in N-Nitrosodimethylamine (NDMA) in some ranitidine medication increases over time when stored at a higher than room temperature and may result in consumer exposure to unacceptable risk.

The FDA, the Environmental Protection Agency (EPA), and the World Health Organization (WHO) all classified NDMA as a cancer-causing substance.

If you took Zantac and developed one of the cancers below, it is in your best interest to speak with an experienced personal injury lawyer at Brent Adams and Associates about filing a Zantac lawsuit.  Brent Adams and Associates works with the best lawyers from across the country who are experienced in successfully bringing lawsuits against the big drug companies and holding big corporations accountable from the concealing the true dangers of consumer products such as Zantac.

Call For A Free Consultation

Our Zantac cancer attorneys are standing by to talk with you.

Settlements and verdicts pursued for innocent people who were injured due to no fault of their own are found below. Do you have questions for us about your own North Carolina personal injury case? Contact our Raleigh injury lawyers for a private, no-cost consultation today. 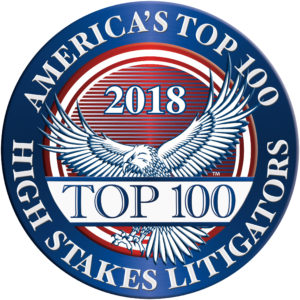