Are There Sinkholes in North Carolina?

Get Maximum Recovery: Know Your Rights When You ClaimRequest Information 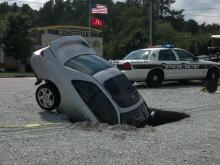 Sinkholes have been making the headlines across the nation; do they happen in North Carolina? How does insurance coverage affect damage caused by a sinkhole?

Early in 2013 the nation was shocked when a Florida man lost his life when he fell into a twenty-foot-wide sinkhole underneath his home while asleep in his own bedroom. Local reports show that insurance inspectors had made a routine stop less than a year before to make note of any signs of a sinkhole, yet uncovered nothing. Now the neighborhood has been quarantined and deemed unsafe by officials. Statistics show hundreds of sinkholes occur in Florida annually, but are there sinkholes in North Carolina? 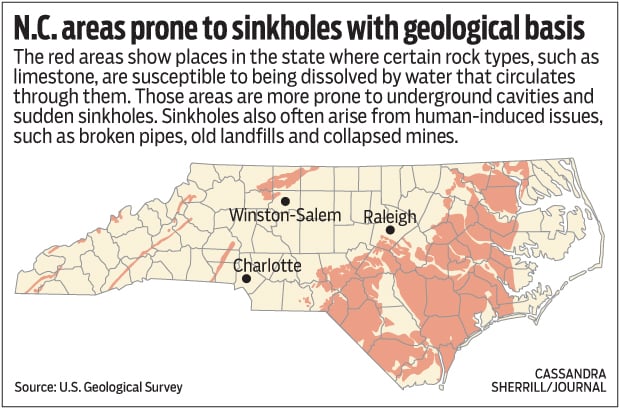 Sinkholes may occur anywhere, on public or private property, and put innocent people at risk of injury and may swallow buildings, roads, and vehicles wherever they occur. In 2012, an eight foot-wide sinkhole in Durham swallowed a car driven by a law student. The car was turning in a parking lot when the ground opened up. In this case, the property owner was aware of the hole and had identified the area with caution tape. However, the tape had blown away in the wind and drivers were unaware of the threat.

According to the North Carolina Division of Water Services, North Carolina sinkholes are common in the outer coastal plain. Sinkholes occur naturally, but construction and urban sprawl may trigger them to develop at a faster rate. They most commonly result in limestone-rich areas. In North Carolina, there is a rich limestone area in Pender and Hanover counties. Insurance coverage for damage caused by sinkholes in North Carolina may hinge on several factors:

Individuals and businesses should check their insurance policies to learn if damage caused by sinkholes is covered. Sometimes it is necessary to purchase additional coverage in order to include this type of damage. Sinkholes are not often recognized as catastrophic occurrences, in which case a traditional homeowner's insurance policy would not include compensation for sinkhole damage. Stand-alone sinkhole insurance policies are available.

2 Comments
Sorry to hear that. Please contact our firm and we will review procedures, insurance claim steps, and more about what may develop as a loss from a sink hole.
by Brent Adams Injury Lawyers December 31, 2013 at 10:36 AM
Our neighbor across the street just had a sinkhole in NC at Fox Glen. Does this have to be reported to the County. If so, who do I contact as I want to know if others may have a problem. I own a condo there. Thank you
by Cynthia Cohen December 31, 2013 at 10:34 AM
Post a Comment